Over the past several months there has been ongoing Council conversation regarding whether First Lutheran Church should continue having two services on Sunday mornings. Discussions included committee input, research of our congregation, community and societal trends, synod guidance, surveys, and most recently, congregational listening sessions.

First and foremost, thank you to each and every one of you who participated in this process. Your input has been invaluable. Conversations have been healthy, constructive, and thought provoking. Our goal all along has been to listen and work toward an outcome that will be best for First Lutheran as a congregation.

Following the last listening session on March 24th, Council met to conduct final deliberation as to whether a special congregational meeting should be held for this issue to come to congregational vote and what that vote would look like. Our deliberation included comments that addressed overcoming divisiveness, democracy and Council leadership, unanimity and discretion. Our decision was that this issue is important enough to separate it from our standard voting practices and bring it to congregational vote.

We now ask for your prayerful consideration as we come together on April 28th for a special meeting to conduct this business. The question at hand, should we commence with a transition to an ongoing, year-round, one service Sunday morning worship schedule, beginning September 2019?

Because of its significance, Council has suspended a simple majority vote. A super-majority vote of three quarters of eligible voting members present the morning of April 28th will be required for this resolution to be adopted. In order for a vote to be conducted, a quorum of at least 48 eligible voting members must be present on that date. Per constitution, proxy ballots cannot be considered; members must be present. Please be present and weigh in on this important matter.

I want to reinforce that this question has not divided our congregation; it has brought us together. Our conversations have challenged us to listen to each other and to consider the future of this congregation. In the coming days leading to April 28th, please prayerfully consider not only how you personally feel, but consider all that you’ve read and heard to determine how you and your vote will lead our First Lutheran community into the future.

This is the Resolution that will be voted on Sunday April 28th at 9:05 a.m.

1 WHEREAS, a thorough six-month process involving conversation and research has been conducted to discern whether the congregation of First Lutheran Church, Le Sueur, MN should continue to offer two Sunday morning worship services (8 & 10:30 a.m.) during the months of September through May;

2 And WHEREAS, the Congregation Council has discerned the two service/one service question an important enough decision that a special congregational vote be required;

3 And WHEREAS, the Congregation Council, realizing the significance of this decision, has waived requiring only a simple majority vote stated in our Constitution and Bylaws and will require a super-majority vote of three-fourths (75%) of the eligible confirmed voting members present at a scheduled Congregational Meeting to adopt this resolution;

4 And WHEREAS, the Constitution and Bylaws require a quorum of at least 10% of our active, eligible voting members (currently 484) be present for a Special Congregational Meeting;

5 And WHEREAS the Constitution and Bylaws stipulate that voting by proxy or absentee ballot shall not be permitted;

6 THEREFORE be it resolved that a Special Congregational Meeting has been called by the Church Council, to be held at 9:15 a.m. on Sunday, April 28, 2019 to vote on the following question:

First Lutheran Church will commence with a transition to an ongoing, year-round, one service Sunday morning worship schedule, beginning September 2019. Exceptions to this shall be made on special Sundays, such as Reformation Sunday (Confirmation), Christmas, Easter, and other special holidays or occasions of celebration on which two services may be offered at the discretion of the Worship & Music Team, the pastor, or the Congregation Council. 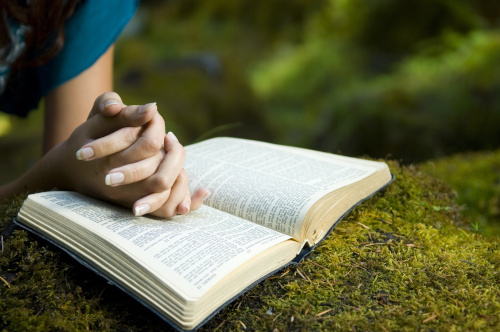 What is First Lutheran Church?

END_OF_DOCUMENT_TOKEN_TO_BE_REPLACED

Sunday Morning Worship in-person at 9am.